A while ago I started a new feature called 30 Things I Love. The idea was that before I turned 30, I was going to share thirty objects in my home that either mean a lot to me or that have an interesting history.

Well . . . I had my birthday last month and realised this week that I have been immensely slack in sharing any of my possessions with you! So, in the second of its kind, I'd like to share with you the new(ish) feature of 30 Things I Love: 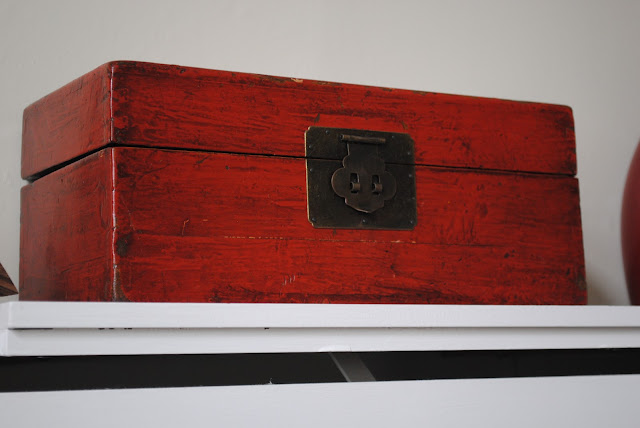 I know this little red box crops up in pictures from time to time, so you may have already seen it, but I wanted to tell you a little bit about how it came to live in our house. David and I bought this red box from The Pumping Station, an antiques place in Cardiff, as a present to each other on our first wedding anniversary. It wasn't a planned gift, but we were there browsing, saw it, liked it and bought it as it was fairly inexpensive. We then decided to always buy ourselves a small antique every year on our wedding anniversary.

We've no idea how old it is, what it's made of or what used to be kept in it. However, it's the perfect size for housing a box of tissues, so that's what we keep in it. It's moved around our house over the last four years but is now usually found sitting on this radiator cover in our living room. 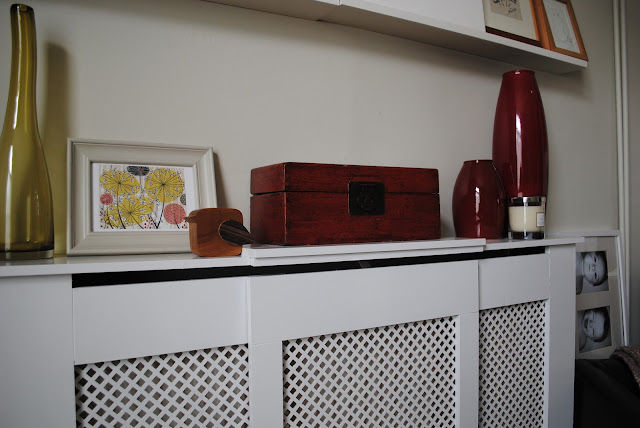 Posted by beautiful square feet at 21:25

I too have a treasured little box that belonged to my mother in law and no doubt will go to one of my daughters one day. I love your idea of buying a small antique every anniversary and I may just start a new tradition in our household - after 30 something years of marriage you tend to run out of ideas and we are trying not to accumulate more stuff unless it is very special.

We too have that problem - we've really changed the way we think about what comes into our house, only buying things we love. Congratulations on your thirty something years! Thanks for leaving a comment too!