Can you spot the difference between these two pictures (clue: it's not the size of the cobwebs I'm horrified to see in one picture!)? 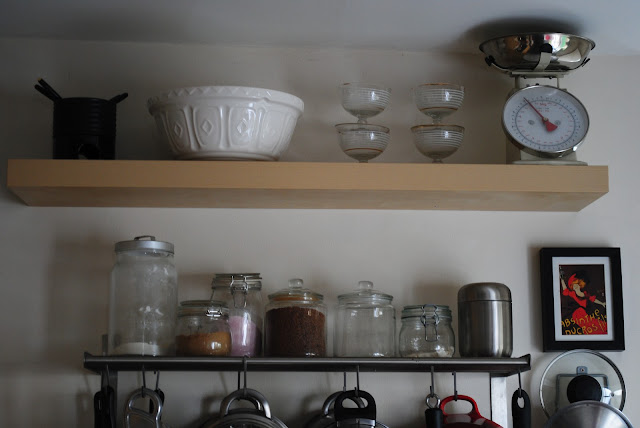 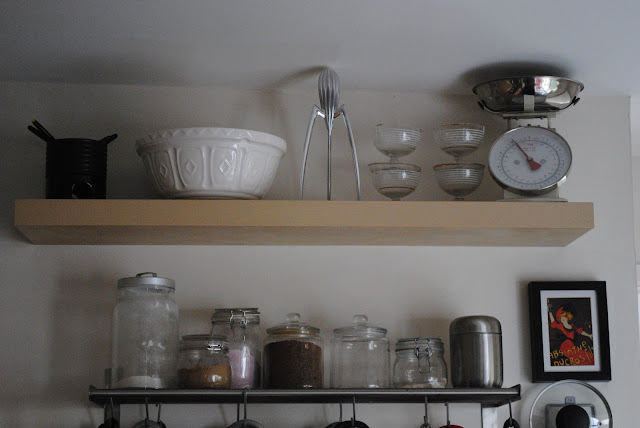 Yes, that's right! It's my super sleek birthday present from my lovely children! 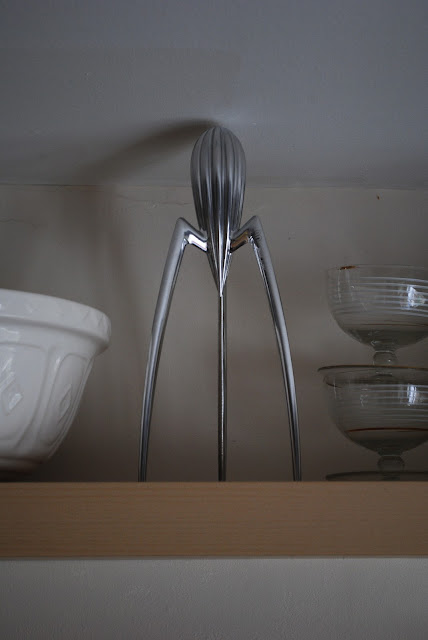 It's the "Juicy Salif" lemon squeezer that Philippe Starck designed for Alessi in the 80s. I'm sure you've seen it before, but it's cool isn't it!

As it was a big birthday, David wanted to get me a design classic as a special gift,  and this iconic piece of kit certainly fits the bill. According to an article in the Independent a while back, I now have "a work of art" in my kitchen, as apparently the lemon squeezer is in the Museum of Modern Art in New York!

He had hoped that I'd be able to use it to make fresh lemonade throughout our scorching summer, but it really doesn't seem that the weather is going to play ball this year. Although that may not be so bad, as rumour has it that it may look wonderful, but it's not actually very good at squeezing lemons - more juice flows over the counter than actually into the glass placed underneath! It's even said that Stark himself remarked, "It's not meant to squeeze lemons, it is meant to start conversations." Well, whatever it's squeezing ability may actually be, it certainly looks good up on my shelf next to my vintage glass dessert bowls and my Mason Cash mixing bowl.

I did say as I opened it that I hoped David realised that I was now going to have to redesign our whole kitchen just to show it off to maximum effect. If I remember correctly, my response was a smile with just a hint of nervousness.

Thank you Torin and Astrid, mummy's getting cooler by the day!
Posted by beautiful square feet at 21:29 No comments:

A birthday on an island.

Hello again friends! I've just got back from a relaxing week away with my family on the Isle of Wight. David and my parents organised the trip to celebrate my thirtieth birthday, which was last Thursday. We stayed in an old cottage in a little sailing village called Seaview, which was really pretty and did indeed have great views of the water.

This was our view out of the dining room window: 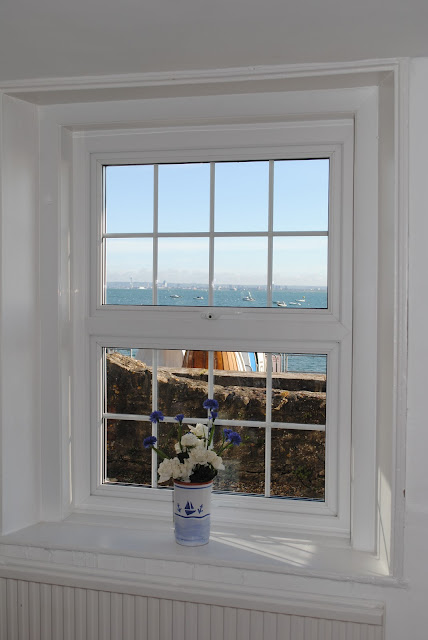 Even though I took this photo in one of the few times the sun shone, we still managed to have a great time. I even won Trivial Pursuit - must be getting wise in my old age!

It was just so lovely to get away for a while, and I was utterly spoilt by my family all week - I feel very lucky.
Posted by beautiful square feet at 21:13 2 comments:

Email ThisBlogThis!Share to TwitterShare to FacebookShare to Pinterest
Labels: Family, Out and about
Newer Posts Older Posts Home
Subscribe to: Posts (Atom)