Fabric choices for the bathroom blind.

I mentioned here that I was thinking about getting a blind for the window in our bathroom. Well, I've decided to definitely get one, and have had a quick look online for ones that would be suitable.

I was looking at John Lewis because I'd followed a link for sprung blinds that are suitable for children's rooms (more on this later on as I think I'll get one for Torin's new room). Anyway, I was pleasantly surprised by the range of reasonably priced ready-made blinds that they had on their website. Look at this blind made in Sanderson's Dandelion Clocks fabric - it starts at only £35 which I think is quite a bargain as that fabric normally costs about £35 per metre anyway! I think the colours would go really well in my bathroom, as the room is mostly grey with accents of blue. I think perhaps though, that this design has become too popular - it seems to appear everywhere (I actually bought a card showing this print for my mum on Mothers' Day this year) and has also been around for quite a long time. I do like it very much though - what are your thoughts?

I also really like this print - it's John Lewis' own design called Mayflower in Mineral. 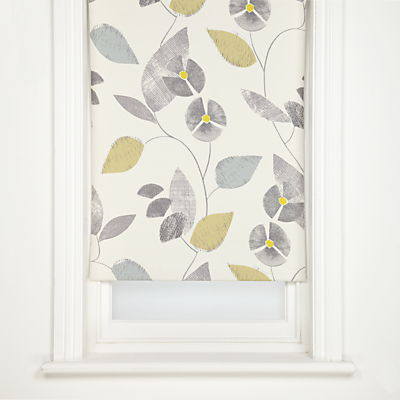 Again, it'll go really well in the room and at only £30, it's cheaper than the Sanderson blind. I'm a little torn, but at the moment, I'm leaning towards the John Lewis design.

At midnight on Monday, sitting at the end of Torin's bed with my hand on his back, trying to get him back to sleep I ordered some other fabric swatches to see what they look like in situ. The two blinds above come as ready-made blinds and so if I chose one of the fabrics below I'd have to make my own, but I just thought I'd look at a good range of patterns before I went for one of the easy options above. Which is your favourite? 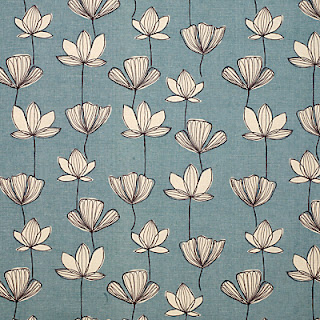 Posted by beautiful square feet at 21:09