Printer's tray on the landing.

On Sunday I grabbed a few minutes to hang up my new printer's tray. The very kind gift from David's father and stepmother, has been propped up against the wall for a while now, even though I've known where it was going to live since it entered my house! It's hanging on the wall at the top of our stairs, right outside Torin's bedroom. 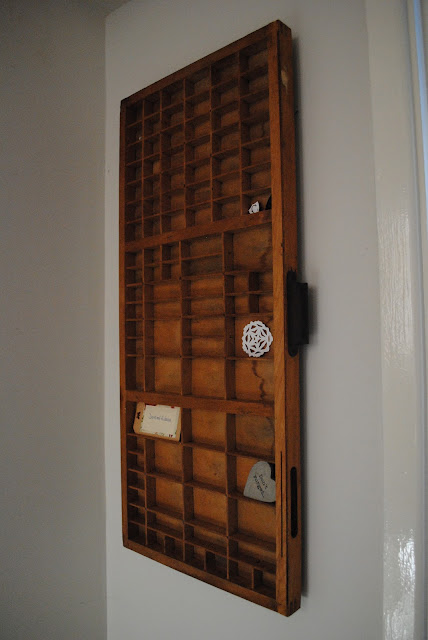 So far I've only added a few little items to it, but I'm looking forward to adding more as time goes by.

On there at the moment is:

The name tag that I made for our room when we got married (I made one for every room in the house that we hired). I was so pleased with them when I made them nearly six years ago, and still am really (though I really wish now that I had used a type writer or stamp to write the names). 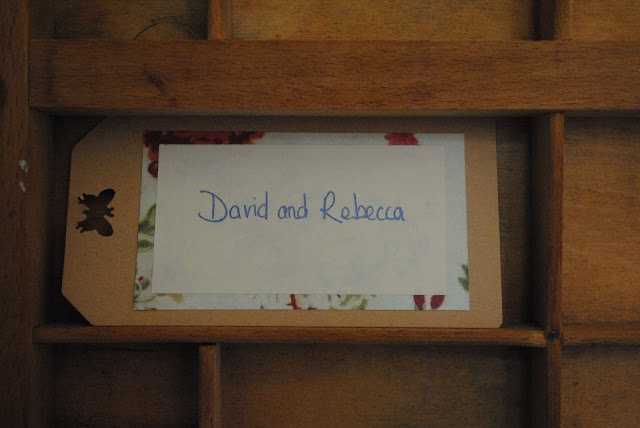 One of the snowflakes I used as a decoration for Astrid's birthday party (I know, I'm so rubbish - I still haven't posted all of the pictures from that!). 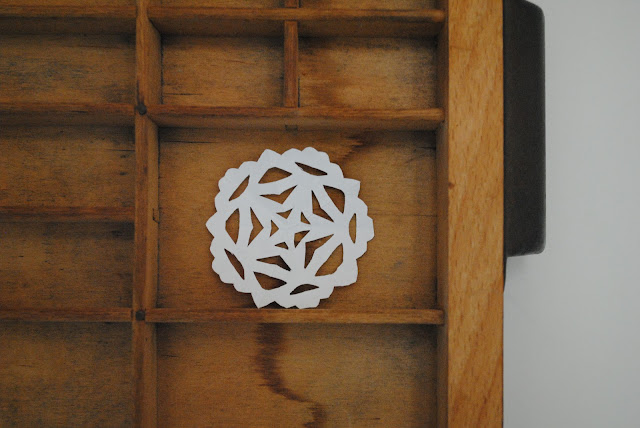 My plan for the hallway and landing is to re-paint the walls in a darker shade - probably something like this and then I'm going to hang wallpaper on the wall behind the tray (I want to use some up that we bought yonks ago to go on the chimney breast in the living room). I think I'll probably eventually paint the tray - probably in a neutral colour like this. I think it will make the objects on it stand out, and make the whole area feel more streamlined.

In other printer's tray news . . . have you seen this project from Vintage Sheet Adict? I think it looks great. I'd certainly attempt it myself if I hadn't already decided to hang wallpaper up behind mine.

Posted by beautiful square feet at 20:48