The Playdough is contained.

I've begun on my mission to tidy Torin's toys (as complained about here) - I went to IKEA for some cheap storage for his pens and Playdough. I also realised yesterday that he can (quite scarily I think) recognise the brand of Playdough because he pointed at the logo printed on a piece of paper and said "Playdough" quite clearly. Now for a child of 2 who obviously can't read, to know that is what the image said, that's some clever branding!
I didn't buy much, and still need to find something to contain the majority of his smaller toys that are in our living room, but for the meantime, I bought 2 SAMLA storage boxes. They're not particularly pretty, but what they lack in aesthetics, they make up for in functionality, and they're a great size for Torin's bits and bobs. 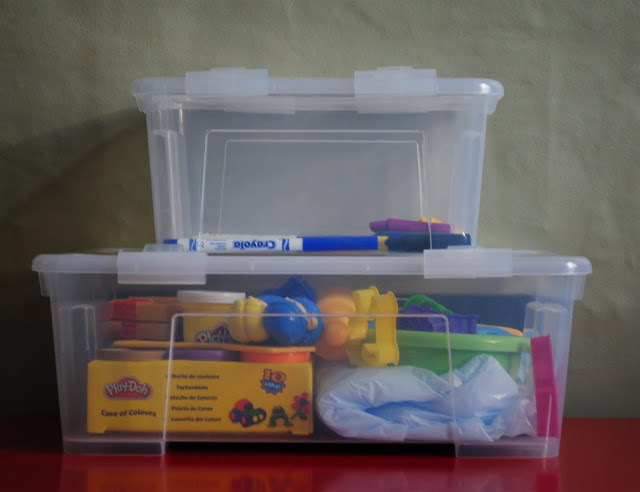 I think I may pop back there tomorrow and buy a larger box to store his train set!
Posted by beautiful square feet at 19:31