and the chimney breasts in both rooms will be painted in Dulux's "Overtly Olive":

We've chosen to have them mixed in the Endurance paint, as it'll be easier to wipe off grubby handprints and pawprints without damaging the finish. There's also more of a contrast when the paint is actually on the wall - they look quite similar here, but Overtly Olive appears much greener in situ.
We replaced the door in the living room because the old door had 15 panels of glass in it. We've been getting increasingly nervous about it as Torin can now open the door himself, and really enjoys slamming it shut too.
He obviously takes after his mother, as this is what I managed to do to our bedroom door a few weeks ago: 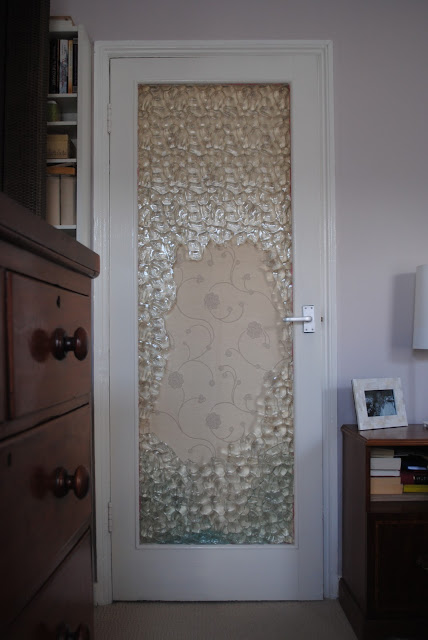 I was thoroughly ashamed - how stupid to slam a glass door (!), as well as a little shocked that this happened. At least we found out without anyone being hurt, that the glass in the doors in our house is not safety glass.
We felt it was really important to change the door as soon as possible, so we bought the "Neptune" door from B&Q: 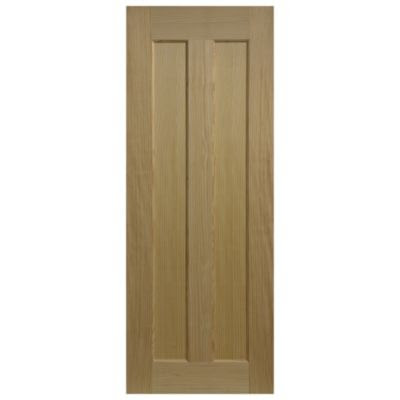 The plan is to paint it white, so I'll post a picture when it's finished.
Posted by beautiful square feet at 19:55

For all you DIY buffs out there, this is how I removed the remaining broken glass from the door: I got an old hammer and taped a sponge to it, then, from as far away as I could stand (wearing gloves, safety goggles and a nervous expression) I tapped until it started to fall out. It is fair to say that I had 'the fear'.