We're running out of space in our kitchen. It's only a small room, we do try to keep it tidy, but things just don't seem to fit in there very well. I think the time has come for us to really think carefully about how we store our stuff! We inherited the kitchen from the previous owner, and haven't really done much to it. We added a new sink, and put some shelves up, but not really much else.
Having seen the MOLGER shelf from IKEA a while ago, I really think one would work well in our kitchen. It's meant to be used in a bathroom, but I really like the idea of using things in ways other than they were intended.

Anna from Door Sixteen used hers like this in her city apartment: 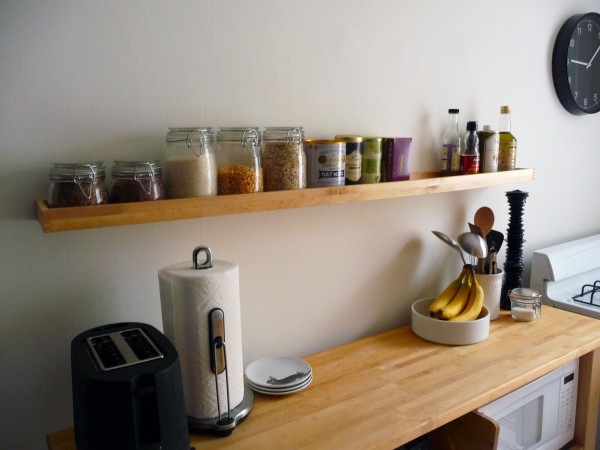 I think one would be great above our microwave, underneath the run of wall cupboards. This space currently looks like this: 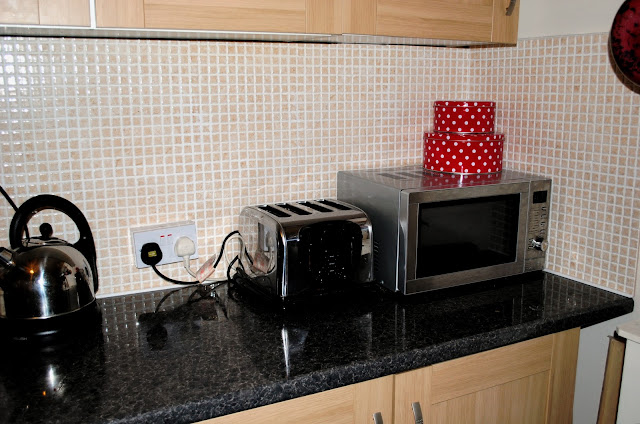 A shelf under there would be great for storing cooking oils, spices, anything really. It would also do the badly needed job of freeing up cupboard space for us!
I think a trip to IKEA, is in order. I can feel David jumping for joy (!) already!
Posted by beautiful square feet at 22:18