I had a lovely surprise when I checked my email yesterday - the lovely Viv from Re-routed had nominated me for a blog award. I was very touched that she had thought of me - thank you again Viv! 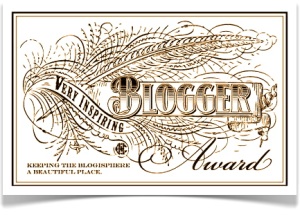 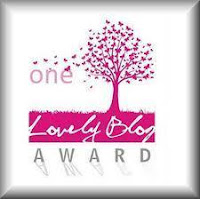 My second thought was - argh! Can I think of seven things about me that anyone except me or perhaps my closest friends and family (who would probably only be indulging me!) would find interesting?

Anyway, the rules of accepting the award state that I have to spill, so here goes . . .


Next step is to pass the award on to another ten bloggers who I deem deserving, which I will be doing tomorrow . . . watch this space.
Posted by beautiful square feet at 22:11

Email ThisBlogThis!Share to TwitterShare to FacebookShare to Pinterest
Labels: Blogs

Yay, well done you! I am the same with heights but an not as brave as you and never go on rollercoaster rides!