I couldn't believe it when I opened the March edition of Ideal Home and found an advert from Citroën, showing she'd designed a new range for the Citroën DS3!
I have to admit, as much as I love Orla Kiely's designs, I was a little skeptical - even though I drive a Citroën (C4 Picasso) myself, I worried that she had gone a little too far. A car? Really?
Also, can you have too much of a good thing? Has Orla Kiely become too commercial - is she heading for over-saturation?
However, when I went to the Citroën website, I was pleased to find that the cars actually look pretty good. 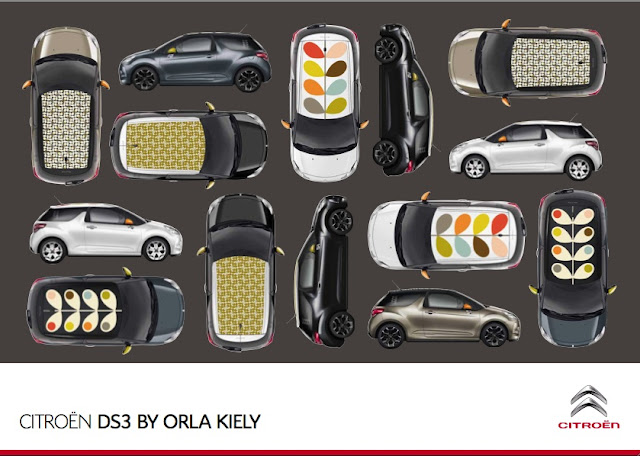 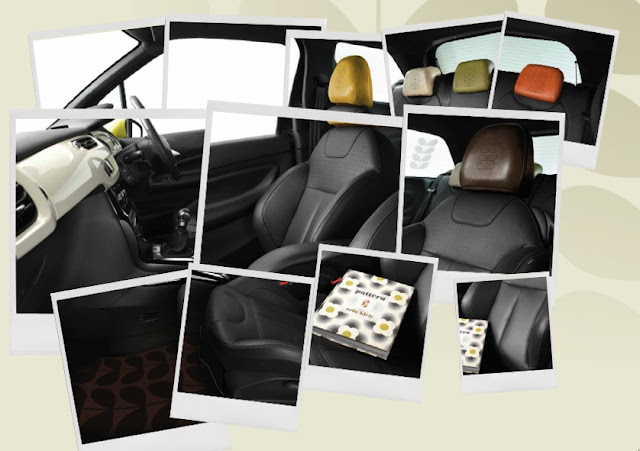 "The decision to get Orla Kiely to design a special version of Citroën's new DS3 is fitting for a brand whose in-house designers are reckoned to be among the most innovative in the motor industry. It's also fitting for a new car hoping to attract the fashionistas who, up until now, have opted for the retro-styled Mini."

I guess this makes sense - design and fashion conscious people will certainly look out for them. It's a bonus too, that the Orla Kiely DS3 will be available to the general public, as often this is not the case - Fransico Costa of Calvin Klein and Diane von Furstenburg have both designed one-off Minis this year. Another positive point to this DS3 is that it is obviously something Kiely herself, is passionate about, as she writes on the Citroën website, "As a designer I have always wanted to design a car."
At least with Kiely's retro styling, the design will look good for years to come. It just seems like such a massive commitment to one designer - by buying one, you really are telling EVERYONE that you like Orla Kiely designs. Another quote from the Irish Times certainly gave me further food for thought:

"Cars inspire envy, pride, passion, disdain. They are a mobile statement of the priorities and prejudices of their owners. To some, they are a garish symbol of financial success; to others, the ultimate fashion accessory."

Anyway, I look forward to seeing one "in the flesh" so to speak, and I'm sure when I do, my green eyes will be flashing. O bliss! O poop-poop! O my! O my!
What do you think - a style icon? Or orla bit too much?
Posted by beautiful square feet at 14:51

The DS3 is a great looking little car... but I'd prefer one in black!

I take it that would be the black one with the green acorn design on the roof? ;-)